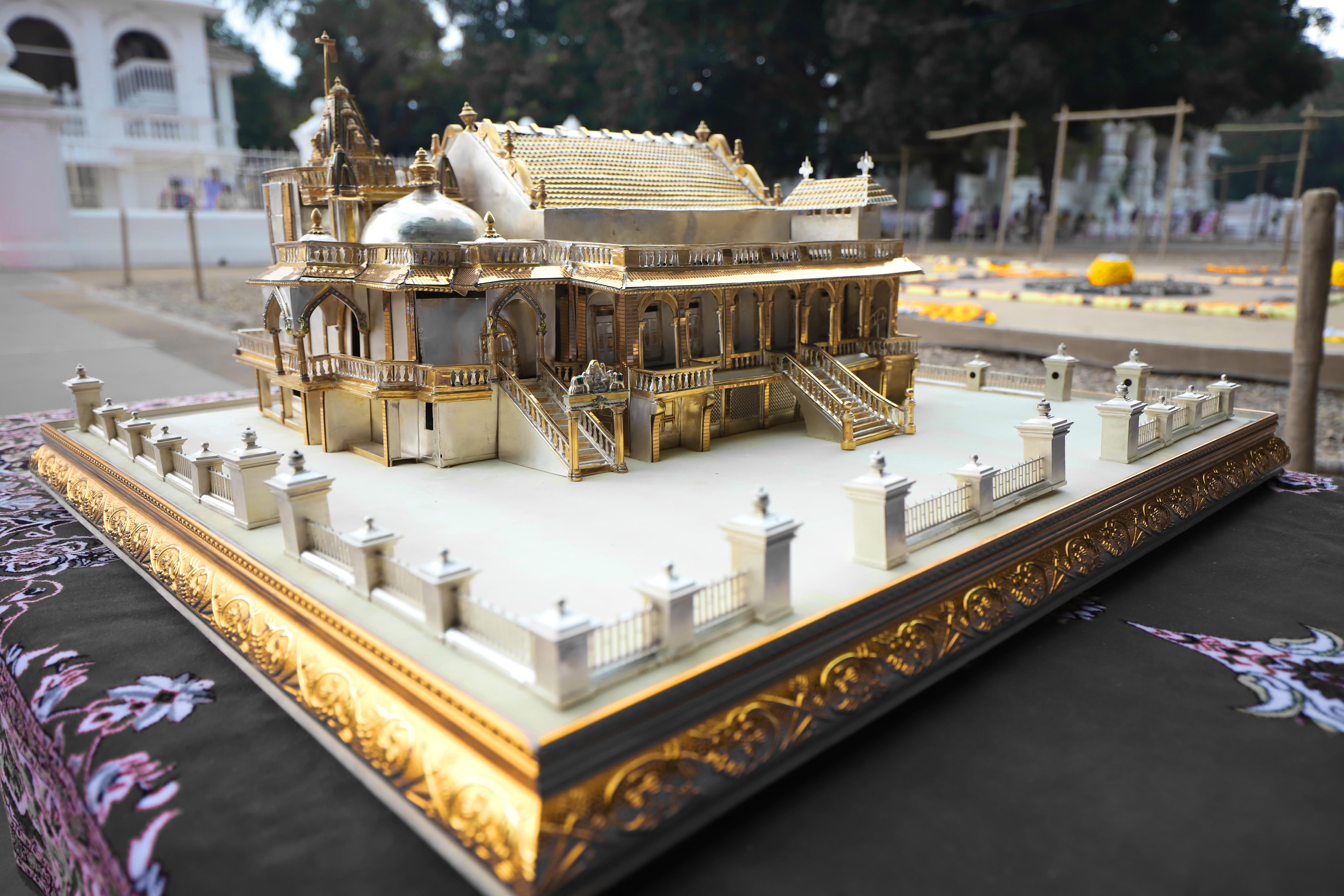 Bridging Technology With Devotion - How Digital Manufacturing Was Used To Make A Replica Model Of A Temple.

Our team was approached by the members of the Agas Temple and Ashram Trust to build a replica model of a part of the temple complex in honour of their centenary celebrations.

The town of Agas, Gujarat, is home to a temple and ashram complex dedicated to the teachings of Shrimad Rajchandra, a revered Jain monk. Set up in 1920, the complex includes an ashram, a Jain temple, a temple devoted to Shrimad Rajchandra, and three religious discourse halls. To celebrate one hundred years of the ashram, the Trust approached us to build a replica model of parts of the temple complex in silver.

A model with no existing data.

Once all the images had been collated, our team of 3D designers made proportionate digital drawings and models of the two structures. This included the intricate detailing on the shikhara (the mountainlike spire), the roof, railings, and the entrance gate.

The digital 3D model was used as the blueprint to 3D print the model in parts using SLA. Using a 3D printed model reduces the amount of time required to make such a model as compared to traditional casting methods. Once the 3D printed model was finished, a mould was made and was used to cast the model in silver. Almost all parts were cast using the mould except for the outer walls which were handcrafted and enamelled by our craftsmen, ultimately combining technology with traditional craftsmanship.

The shikhara and the entrance gate were enamelled while the roof, dome, windows, staircases, and railings were further detailed using decorative silver plates. The parts were then assembled, finished and ready to be showcased at the centenary celebrations.

The model was taken to Agas where it was on display for one week during the centenary celebrations. The temple’s trust was amazed with the quick turnaround time of 20 days and the finesse of the model. The model was later auctioned by the Temple Trust to raise money for the Complex and ashram.

If you would like to turn your precious ideas into beautiful products - be it jewellery, accessories, gifts or anything else, reach out to our team at precious@imaginarium.io or hello@imaginarium.io and we will be happy to help you!