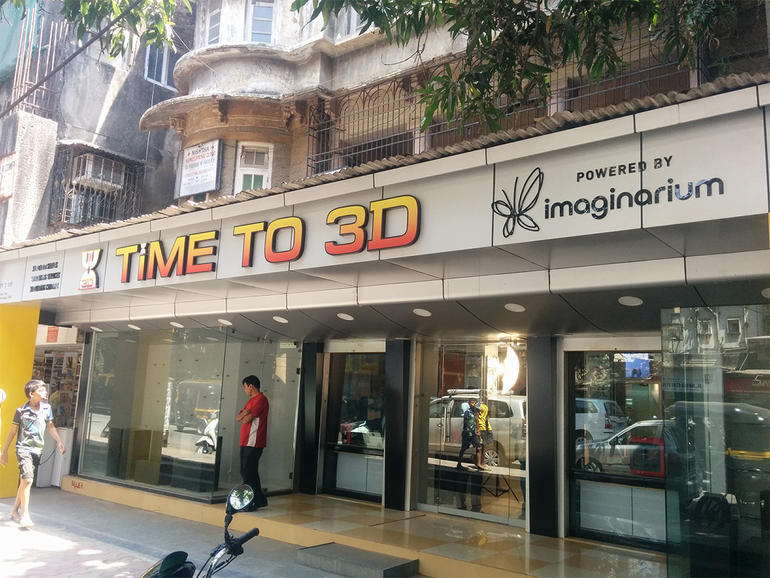 Imaginarium partnered up with Time Media to bring to the country it's first ever 3D printing zone, opening up new avenues for thinkers, designers and makers of today and tomorrow.

It’s an exciting time to be alive if you’re a technophile, like me. We’re on the brink of flying cars and affordable space travel. Consumer electronics is in for a complete overhaul with cutting edge breakthroughs in artificial intelligence and quantum computing. The lines between science fiction and reality are starting to blur, and it’s evident in our daily lives.

A good instance is the growing presence of 3D printing - a technology6 slated to change the face of rapid manufacturing and consumerism forever. Imaginarium is making it happen in the city as we speak - the launch of India’s first ever 3D printing hub: Time To 3D.

Time To 3D is a one stop shop for all things 3D printing. It is the  brainchild of Metamorphosis, Imaginarium’s outreach for 3D printing awareness in the country, and Time Media - a youth-oriented entertainment venture.

Stepping inside Time To 3D, The main attractions are state-of-art 3D printers, open for use to the public. That in itself is a mammoth achievement for an industry which has largely been relegated to B2B end of things. With Time To 3D, Metamorphosis aims to bring the power of 3D printing to the masses, to the common man. Strategically located at the educational hub of the city, it serves as a maker space and an ideation lab for aspiring designers, tinkerers, hobbyists who can quickly bring their ideas to life.

As an authority on the technology, Metamorphosis takes up the responsibility of spreading the right knowledge of 3DP within the community, and to anyone else with a keen interest. To that end, Metamorphosis has plans to organize educational seminars on the technology. Time To 3D is also a potential platform for small scale businesses to take off, for mom and pop shops to quickly test out ideas and even take it to the next stage - batch manufacturing.

And it’s not all work, Time To 3D is a cool place to hang out with your buddies and, well, have some fun. Ever came across 3D printed selfies while sifting through social media? You can get one right here. Just walk in, get yourself scanned, and walk out with a photorealistic, three dimensional figurine of you, all in a matter of hours. DC and Marvel diehards can print merchandizing for their favourite superheroes, they make for great bedside decor. Looking to jazz up your new smartphone phone with a customized cover? All you need is a digital design file and access to one to of the 3D printers. You get the idea.

Time To 3D  is off to a great start, capturing the imagination of anyone who walks by, day in and day out. Being the first technology hub of it’s kind in the city has it’s perks, TT3D garnered a good deal of attention from the media, with several leading publications and media houses capturing it’s charm, both in print and in the digital medium.

Ronak Jogeshwar, an alumni of maker’s asylum, is a fine testament to the capabilities of this tech space. Bringing in one of the first projects for Time To 3D, Jogeshwar wanted to make a 3D bust of the honourable Prime Minister of India, Shri Narendra Modi. A bust that he intends to present as a gift to the man himself, when he has the PM’s audience later as the guest of honour at a function. [quote from client]. An indigenous gift that perfectly captures the spirit of Make In India, aptly presented to the the visionary behind the movement.

And then there is the case of Impromptu Ball Joint, final year students at an engineering college. They walked inside TT3D with a unique dilemma. They were in dire need of a miniature ball joint, the final piece of puzzle for their engineering project. The constraints were challenging, time being of utmost essence. But they weren’t disappointed, the capable hands manning Time To 3D were right up to the task. Designing the part happened then and there itself with impromptu measurements and added digital sculpting. Hours later, a bunch of happy faces could be spotted leaving the premises, their project a resounding success.

The future holds bright things for Time To 3D. Plans are underway to introduce made to order 3D printed jewellery, curated seminars on niche applications of 3D printing, a digital design library with a royalty based revenue generation model and hell, even printable, edible chocolate! This is the dawn of a whole new era in 3D printing technology, a channel to empower communities to make the most of its virtually limitless potential, to truly Make In India.

And it’s only the beginning. If things move as planned, Imaginarium envisions many more such maker spaces and tech hubs in the city, and possibly, all over the country. It’s the perfect fit for schools, colleges and other such institution, where young minds are just waiting to marvel at the wonders of 3D printing. Who knows, a day may come when you walk by giant 3D printer that’s printing yet another Time To 3D.

Awakening the Maker Within...