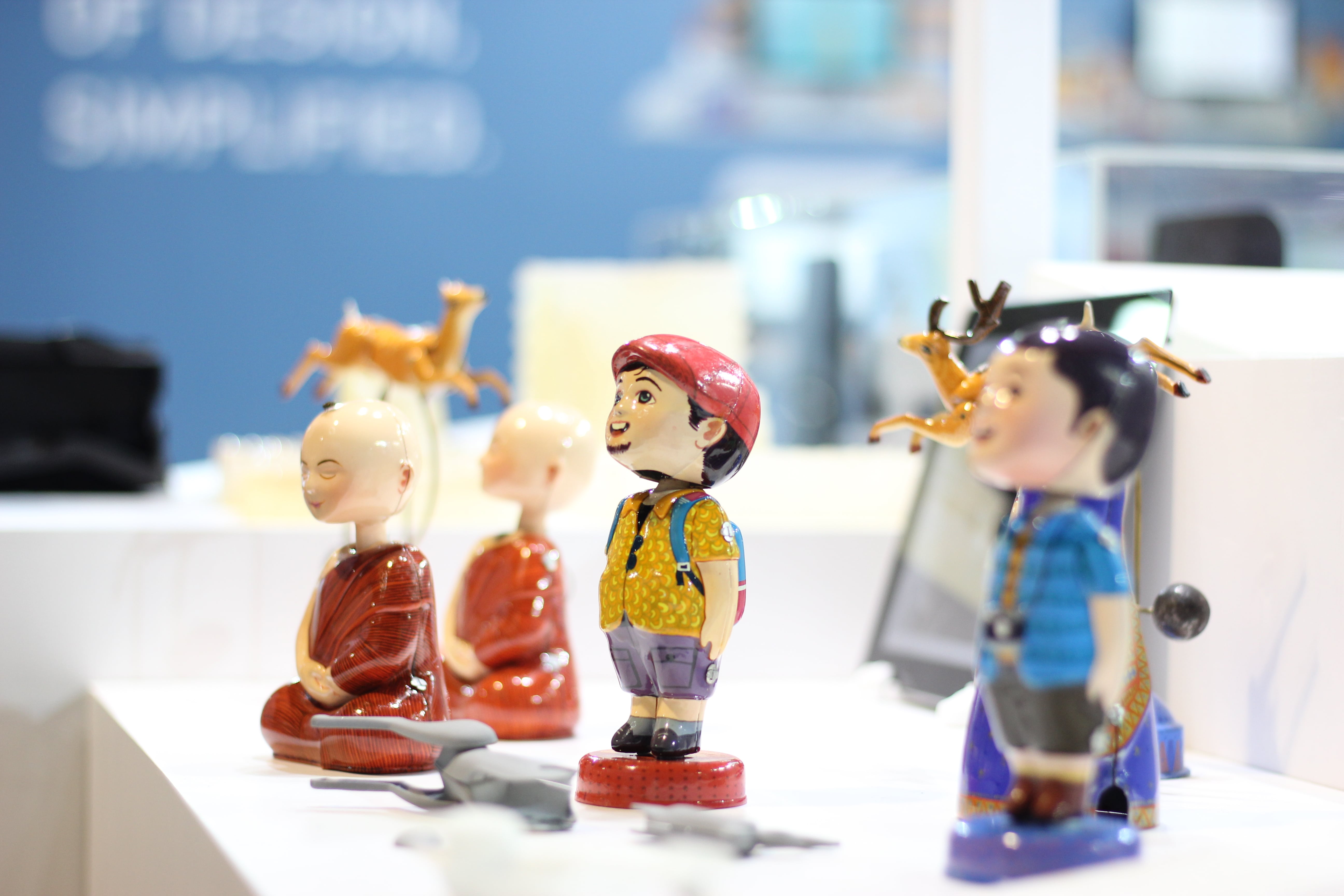 A brilliant ad campaign for the beautiful state of Madhya Pradesh that used 3D printing to bring out the child in all of us! Conceptualized by Hungry Films and powered by Imaginarium.

The first thought that crossed my mind on watching the latest addition in MP Tourism’s branding campaign, was not much different from that of a toddler’s - I want them all!

Conceptualised by Hungry Films, a Mumbai-based production house, the ad showcases customized bobble head figurines with several indigenous toys that create an alignment between the way a kid and a first time visitor (to the place) would perceive it. Ads from the travel and tourism industry have never failed to capture the imagination of audience. However, this particular project combines cutting edge technology with art in a way never done before. We tell you why.

As 3D printing continues to make its much anticipated way through industries, unexpected fields are feeling the positive impacts, advertising topping the list lately.

In a yet another attempt to make modern day technology a part of savvy advertising, Imaginarium was glad to partner with the project, helping reform the part manufacturing plays in TV industry.

“Ogilvy and Mather (the ad agency) approached us to produce a commercial for MP Tourism. They wanted to communicate ‘MP mein dil hua bachche sa’ by showing the attractions and destinations of MP as toys. From here on, it was a collaborative process with the Ogilvy team and a whole bunch of our partners, Imaginarium included, that resulted in creating the commercial,” remarks Dharam Valia, Producer, Hungry Films.

The project went six months into making. Executed at their production house the team explored quite a few technologies to manufacture the toys that would create a feeling of pleasant reminiscence.“Very early on in the project we explored several techniques to produce the toys. We tried fiber moulding, clay etc. but nothing seemed to work especially in terms of quality finish we required. Vijay was very specific that irrespective of the source material, he wanted the toys to be extremely thin at the edges so that we could clip and make them feel like tin toys. 3d printing was the only solution that made sense.” Valia adds.

The designs were analyzed for their print-compatibility, and trial printed to get the functioning right.  They were then sent for final printing using SLS technology, later finished to resemble tin toys. The ad surely recreates a feeling of nostalgia by pairing two different times- 3D printing and wind up toys.

On the journey towards completion of the project, team Hungry shared their experience, “It has been an incredible journey full of anxiety (because we’re new to the process and were constantly chasing timelines) and admiration (on the final quality of output). As far as our knowledge goes, advertising folks have just begun to use 3d printing as an alternative to conventional model making. Having said that not many people have adopted or experimented with this technology because most don’t understand the technicalities of this process”.

The fusion of technology with advertising is proving to be a neat tool to create marketing gimmicks. Imaginarium, as a platform with 3D printing at its core is here to help you embrace this beautiful technology. Have an idea to create something unordinary? Write to us at hello@imaginarium.io.